The Yellow Lipped Sea Krait, Laticauda colubrina, is one of the more beautiful ocean going snakes. Not a true sea snake like many of its relatives, the sea krait spends a substantial amount of time on land. These fast moving reptiles prey upon fish and eels. Known to be curious, these gentle snakes often approach divers closely, but not in a threatening manner. Although they have a deadly venom, they are not known to use it on humans unless in a threatening situation like being stuck in a fishing net. 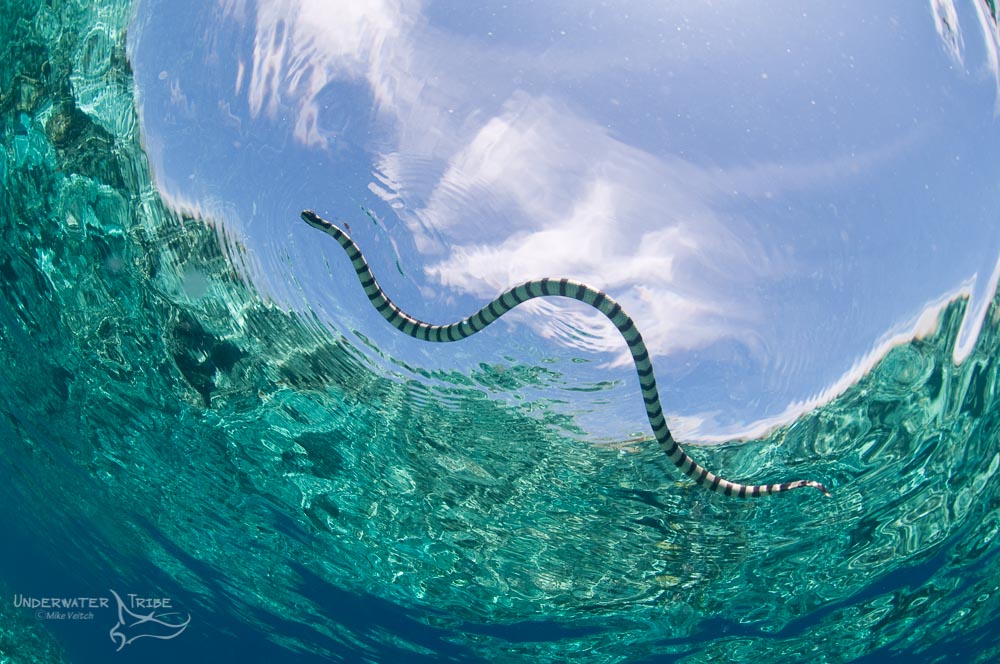