The mimic octopus is one of the most sought after encounters for divers. Not only are they intelligent, they may also interact directly with divers as they can be curious. Octopus in general are always fun to spot underwater but the long armed octopus are even more so. They mainly live in sandy environments in the Indo-Pacific ergion. The mimic octopus is a shy species which prefers staying close to its home burrow. Feeding mainly on crustaceans and mollusks they often sit above their lair looking for crabs. This particular individual boldly perched atop its den before sinking out of site upon closer inspection by the photographer. 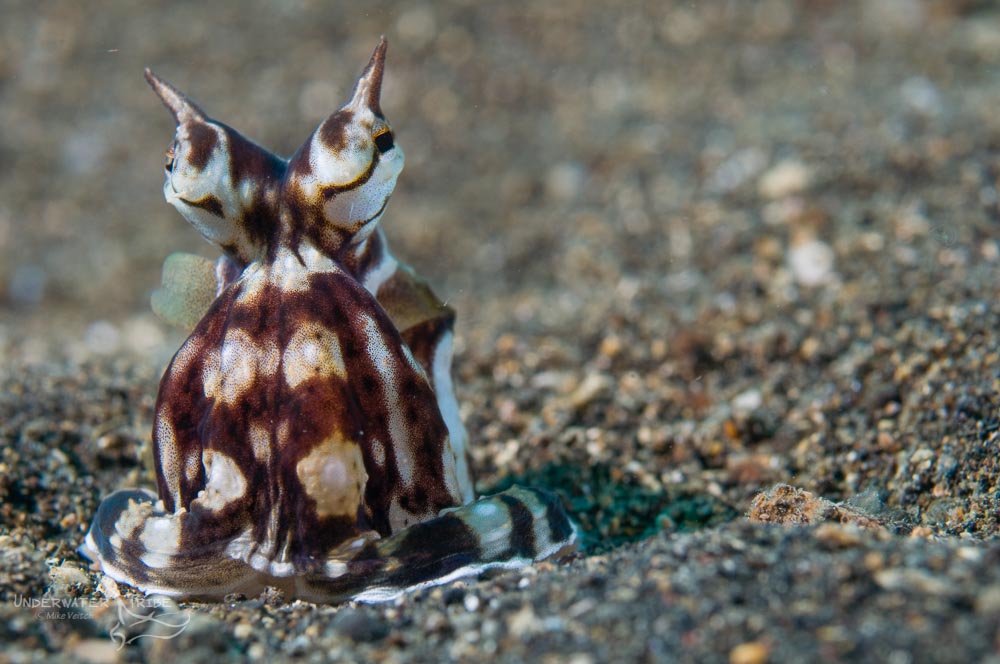 Daily Photo Mimic Octopus – Shot in Lembeh Strait, Sulawesi, Indonesia. One of the best places to encounter these octopi is in the Lembeh Strait, why not join us in July 2022 to photograph these charismatic cephalopods.