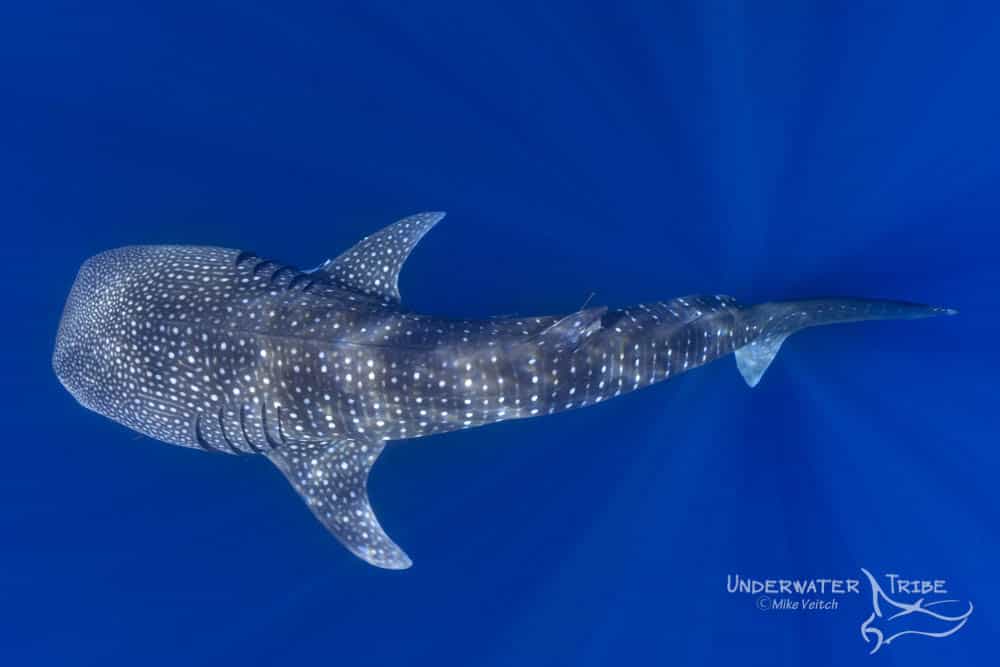 Everyone finds sharks fascinating, some with awe and some with fear. Although many species of shark suffer from a poor reputation, there is one species that everyone can love, the whale shark!  This gentle giant is not only the largest shark, it’s the largest fish in the sea. Found in tropical and sub tropical zones throughout the world, whale sharks are common in Indonesia.

If you are visiting Indonesia, there are several whale shark hotspots throughout the country. Sumbawa, Kalimantan, Gorontalo, Triton Bay, and Cendrawasih Bay all boast healthy populations. N.G.O.’s such as Conservation International Indonesia and others have been tagging and tracking the shark population. The satellite tags used can track exactly where the sharks move to. Surprisingly enough, most of the sharks that they tag remain in a smaller home area. However, several sharks have traveled as far as the Thailand and Micronesia.

The whale shark, Rhincodon typus, can reach up to 18 metres in size and almost 20,000kg. They don’t have proper teeth but rather an array of small teeth and filter pads that they use as a sieve. They are able to scoop up a large amount of water in their huge mouth and filter out the plankton, shrimp, and small fish. Whale sharks are not predators and pose no danger to humans. In fact, they are often curious and may approach scuba divers and their bubbles.

Unfortunately, whale sharks are at threat due to targeted fishing and the shark fin trade. Whale sharks are an endangered species listed on the CITES Appendix II and are protected in many countries including Indonesia. However, it’s still very much at threat from unscrupulous fishermen as well as pollution and ship strikes. These large and slow moving sharks can live more than 80 years and are slow to mature. The females give birth to fully formed pups which emerge around 40 – 60cm in length.

If you would like to encounter a whale shark, we often run trips to different areas where they can be found. Although we aren’t running any trips in 2021 we hope to get back to normal in 2022! If you would like to know when we are running trips then please check out our Upcoming Trips page.