Two Strobes Are Better Than One – Right?

Two Strobes Are Better Than One Right?  Right? 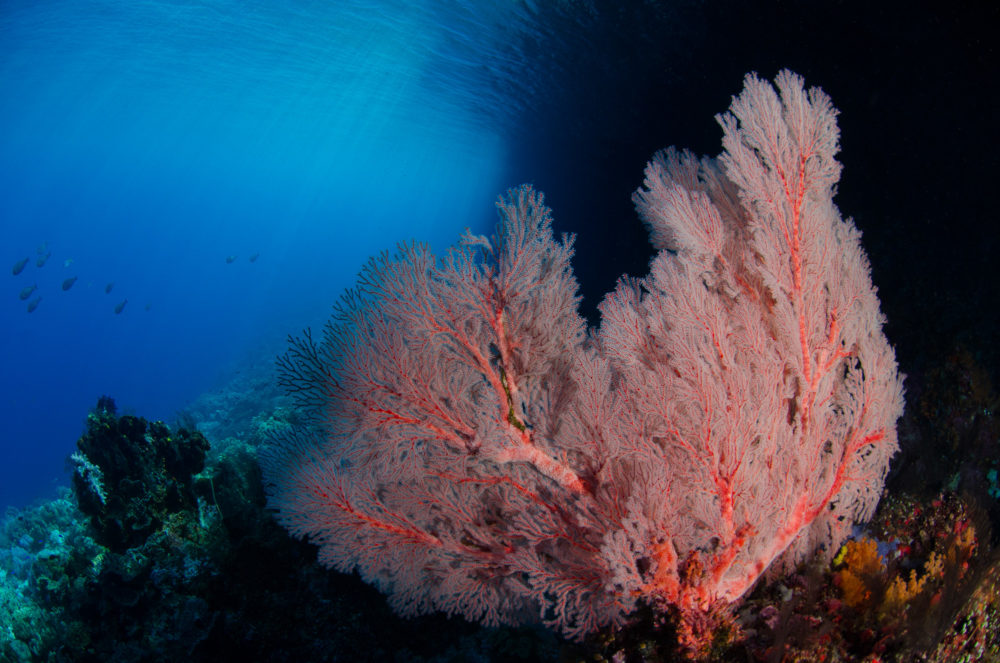 A common question that we often hear in underwater photography circles is: “Do I need one strobe or two?” This is a great question and doesn’t actually have a proper answer. Our typical answer is that two strobes are always better than one, but they don’t both need to be turned on! In this short article we discuss the pros and cons of using either one strobe or two.

It’s Great to Have a Backup

Underwater strobes are not cheap, in fact, it’s usually one of the most expensive pieces of kit. Therefore, not everyone can afford to own one, never mind two. However, most people understand the importance of light and are eager to buy one. The first question you should ask yourself is: “What is my budget for a strobe?” If you have a large budget, then by all means buy two powerful strobes. However, if you’re on a budget then a good idea is to buy the most powerful single strobe you can afford, rather than 2 smaller ones. It’s better to have one powerful strobe and save for a second one, then it is to have two non powerful strobes.

This is especially true if you are interested in shooting wide angle. Why, you may ask? Because you will quickly discover the limitations of weak strobes when shooting wide angle. This will lead to frustration and the desire to sell them! Instead, make do with one and save for the second, you will never outgrow a powerful strobe. If your interests run more to macro, then two less powerful strobes is sufficient. Keep in mind though, if you do want to dive in places like Raja Ampat, two small strobes will not be able to cope with large reef scenes such as the photo below. 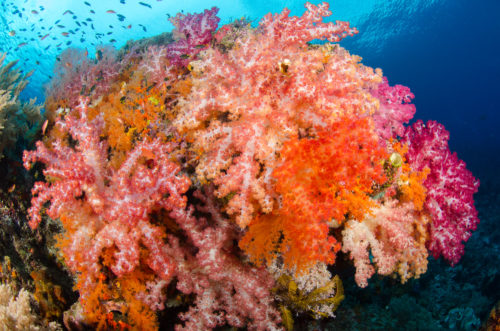 The best part about having two strobes is the fact you have a backup. If for some reason the batteries die or you have a flood, you still have one strobe to work with. Remember, just because you have two, doesn’t mean they both have to be turned on.

Do We Need Two Strobes?

One thing that I often note when teaching a photo class, is that everyone with two strobes wants to use them on the same power. This is a normal reaction, when you have two strobes you want to make the most of them! This is a great way to create nice, even light across the entire frame, on both wide angle and macro photos. But is it the be all and end all of photography? What if I was to tell you I only use 1 strobe for 80% of my macro photos? Most people won’t believe that. Why spend hundreds of dollars on a strobe if you aren’t going to use it? The answer is simple, it’s not about how much light you can put out but rather how you paint the  light onto the canvas. 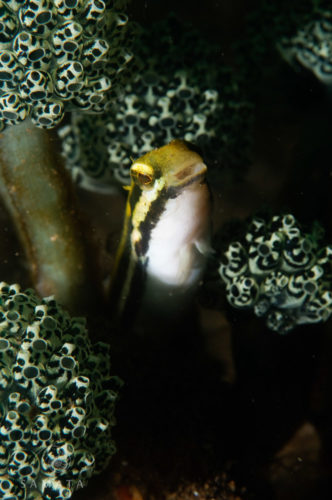 One strobe from the left – throws shadow across the scene and doesn’t light up the background. 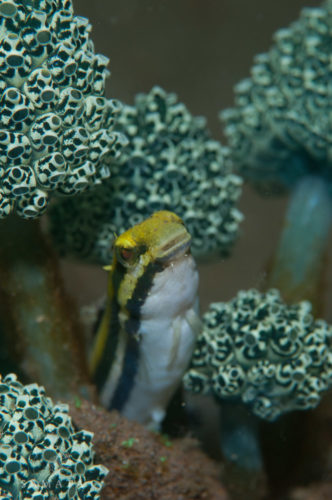 Two strobes – flat light and the background is lit, no real contrast.

Think about a photo with a black background. If I use two lights, one from the right and one from the left, I will light up everything in the frame. including the background. However, if I simply leave the strobes where they are and turn one off, I will cast a shadow on one side. This helps a lot when trying to accomplish macro photographs with a black background. Often we compose a fish or nudibranch facing the camera on a 45 degree angle. With one strobe on each side at equal settings we will end up with an evenly lit scene. However, if you turn off the strobe on the “non body side”, you can light the body of the fish and not light up everything behind it. This contrast will really help make the subject stand out. 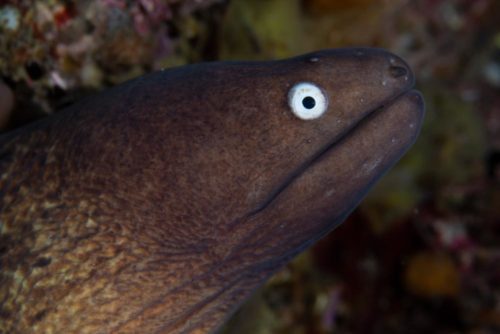 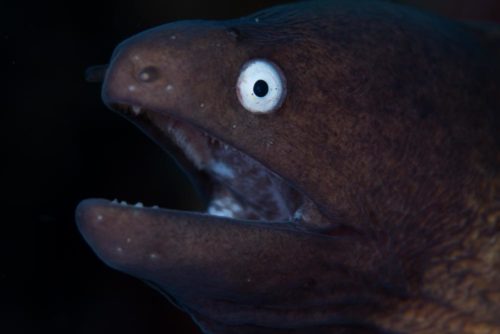 What we describe above is termed “directional lighting”. This basically means lighting our subject from one direction, instead of bathing the entire scene in light. The ever popular “snoot” photo is a great example of using directional light.  We can also create this directional lighting by turning off one strobe. This helps create a more interesting contrast on many subjects.  For those shooting identification style photo of fish and invertebrates, two strobes may be preferred in order to see important details. However, for those after a more artistic style, try turning off one strobe and concentrate on which direction your light comes from. Experiment with the actual aim of the strobe as well, it doesn’t need to stay in one place.

What About Two Strobes in Wide Angle?

Surely using two in wide angle is the way to go? In most circumstances, this is true, however, one strobe is still feasible in wide angle. A powerful strobe can be positioned in an arc somewhere between 11 and 1 o’clock and provide nice even light over a medium sized coral. By positioning it at 10 o’clock you can create a cast of shadow that works in certain shots by providing contrast. Another option for single strobe wide angle is when shooting toward open water. If your subject is not large, and you want to avoid backscatter in the water column, it’s prudent to turn off the strobe that is on the side facing the water column. Why light up the water column, creating scatter, when you don’t need to? 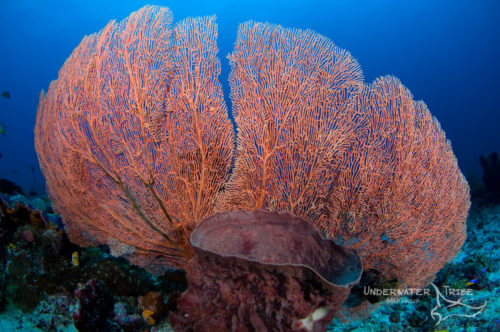 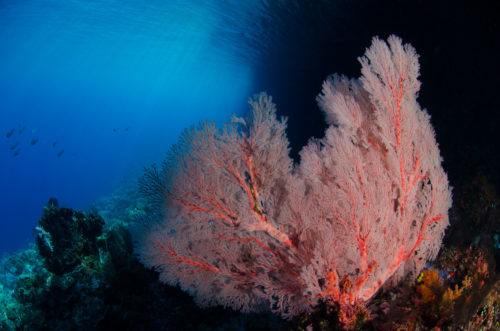 One strobe from right only, a strobe on the left would only light the water column

Although it’s always better to have two strobes rather than one, it’s not necessarily for the light output. You can create incredible images with a single strobe in both macro and wide angle situations. Two strobes will certainly give you more flexibility and piece of mind for backup purposes. However, on your next dive try shooting with one strobe only to see what sort of contrasty images you can create!