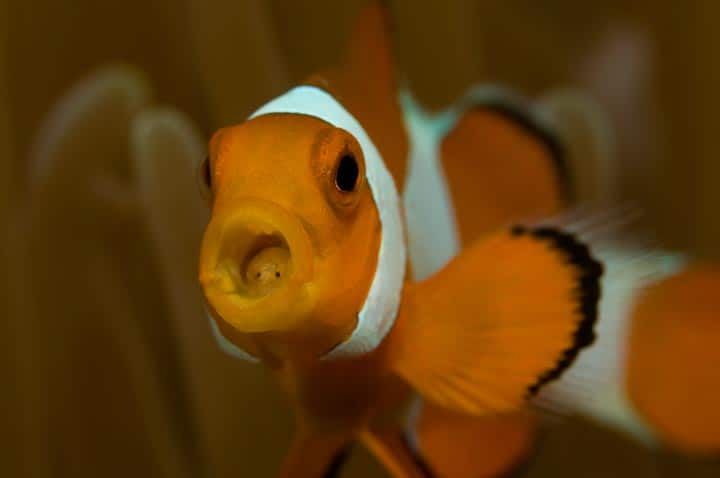 What is the most disgusting thing you can think of? Maybe it’s eating something rotten, or smelling a rotting carcass along the highway?  Yes, both of these are pretty disgusting.  But I bet nature can come up with something even worse.  How about if a bizarre looking creature that was the size of your large toe decided to live in your mouth and replace your tongue!  Yes, it’s true, this is a real life thing!

The “tongue eating louse”, Cymothoa exigua enters it’s host fish through the gills as larvae. Once inside the fish it will attach itself to the tongue with it’s legs. Eventually the legs will cut off the blood flow and the tongue itself will wither and fall off. At this point, the parasite basically takes over the role of the tongue in the fish! Now how absolutely bizarre is that?!?

No Tongue No Problem for The Tongue Eating Louse

You are probably thinking to yourself, “now how in the heck does the poor clownfish survive?” Shockingly enough, although the whole idea of this parasite seems impossible, it doesn’t actually harm the host. The female louse is the one that attaches to the tongue and feeds on the mucus of the fish as well as blood from its host and bits of food the fish eats. Even though the parasite is large, it doesn’t block the fish from eating.  However, it’s often not just one parasite in the poor fish.  The smaller male louse can also live inside the fish and it will mate with the female right there in the mouth!  Of course this will lead to the birth of a brood of young parasites being born. Thankfully they will disperse out of the fish and into the water column.

If the thought of these louse living inside a mouth isn’t bad enough, they are mostly found in Indonesia inside our favourite fish! For some reason, all kinds of anemone fish in many areas of Indonesia seem to host these parasites.  In the Lembeh Strait in particular, it seems every anemone has at least one fish with the tongue louse. The next time you go diving, look closely at different fish to see if you can spot one of these bizarre creatures! Here in Bali we have a large variety of anemones and anemone fish, please join us in Bali and we can help you find one!