Our Six Favourite Photos of 2019

Our Six Favourite Photos of 2019

As the year has come to an end, we have reflected back on our past year of photography.  Although we shot mostly video this year, we were also shooting stills along the way.  With a variety of trips throughout Indonesia we were able to visit different areas of the country.  Destinations include Cendrwasih Bay, Raja Ampat, Ambon, the Banda Sea, Alor, Flores, Komodo, Sumbawa, North Sulawesi, and of course Bali. While looking back at our library for the year, we have broken it down into our six favourite photos of 2019.

The whale sharks of Cendrawasih Bay are incredible animals to interact with. Reaching up to 7 meters in length, these sharks can be found in this bay in the West Papua region of Indonesia. Identified as a majority male population of juvenile sharks, more than 100 individuals have been identified. Attracted to the area by calm water with a large supply of food, small fish and plankton. The sharks are often found under the boats of fishermen who are fishing for bait fish. Thankfully the fishermen tolerate the sharks presence and a few lucky divers are able to interact with them each year.

On this shot I was trying to catch the interaction of the sharks and fishermen. The men often pour water from buckets into the sea to attract the attention of the sharks. The sharks will eat the scraps from the fishermen’s nets which the men don’t mind.  By Mike Veitch 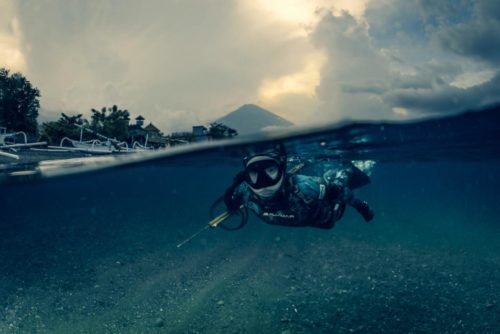 This is one of my favorite because it required planning. I had to choose the time of day as well as the location.  This image shows a freediver in shallow water with a black sand bottom. Far in the background, among the clouds, lies the brooding prominence of Mt Agung. On the left of the image are several Jukongs, the traditional fishing boat of Bali.  I created a vintage film look with post processing which works very well on a cloudy day. This image was taken in Amed beach, Bali.  By Luca Vaime 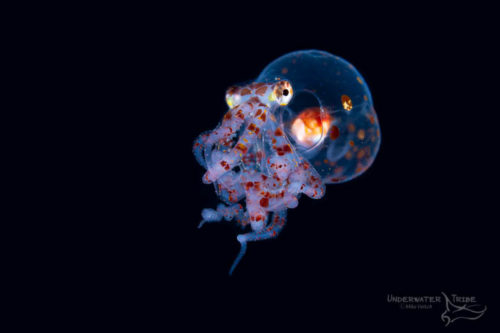 Black water diving has become very popular in the last few years. Many dive centers around the world are now offering this specialized form of diving. In Indonesia, NAD Lembeh Resort has truly mastered the logistics of doing so. While drifting through the dark waters of the Lembeh Strait one night in February, my guide excitedly flashed his light my way. Swimming over to him, I stared in awe at the amazing creature he was illuminating. What I was staring at was the juvenile form of either a mimic octopus or a wonderpus. (There is still some doubt about which species this is).

Trying to capture a photo of this translucent specimen proved rather difficult as it darted all over the water column. The adult forms of these long arm octopus are well known to be shy and difficult to approach and I can confirm the juvenile is as well! After a few failed attempts to get it in focus, I finally was able to nail a shot where the octopus seemed to be looking right at me. By Mike Veitch 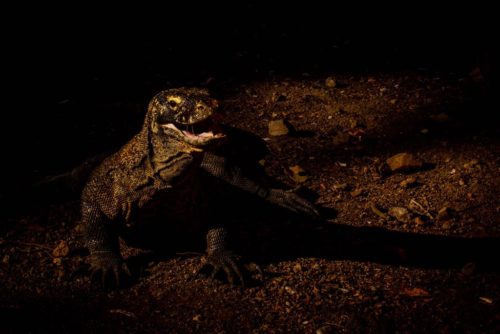 This image was shot during our annual Komodo National Park trip in June. This time I focused on really trying to capture as much shadows as possible while exposing the brightest part of the picture accordingly. I think the Komodo dragon looks like it’s smiling in this photo.  By Luca Vaime 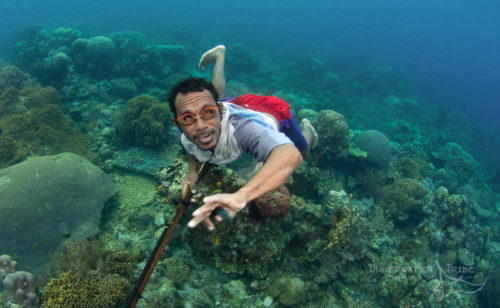 In April we traveled to the country of East Timor for the first time. Our purpose was to film a short video for the Coral Triangle Centre about the quest to establish a Marine Protected Area at the island of Atauro.  We spent 3 days on this beautiful island with wonderful and cooperative people.  On one of the days we went in search of local fishermen to illustrate the different ways that they fish around the island.  We were lucky enough to encounter this wonderful man who was more than happy to allow us to film and photograph his skills as a spearfisherman.  You can watch the full Atauro “One Island, One Management” film on YouTube.  By Mike Veitch 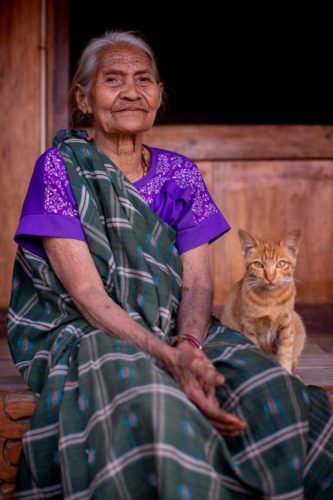 After our great liveaboard trip to Alor in September. We embarked on a 5 day overland adventure across Flores. We visited some stunning locations including the volcano of Kelimutu and several tribal villages in the mountains. This image was taken in the village of Bena. This beautiful elderly lady was wearing her traditional clothes and looked very relaxed. When the cat sat by her, I couldn’t believe that I had the chance to take this photo.  By Luca Vaime