Indonesia is home to a variety of marine mammals. Dugongs, dolphins, and whales are all found throughout Indonesia. In fact, there are up to 30 different species of cetacean within the country’s waters. The most commonly encountered marine mammal is dolphins. Dolphins are found throughout the country from close reef encounters to the middle of the ocean. They tend to stay around all year long and don’t stray too far from their home ground. Spinner dolphins are the most frequently encountered but Spotted, Bottlenose, Risso’s, and Rough Toothed are also found. Other species of toothed whales/dolphins include Melon heads, Pilot whales, and even Orca on occasion! 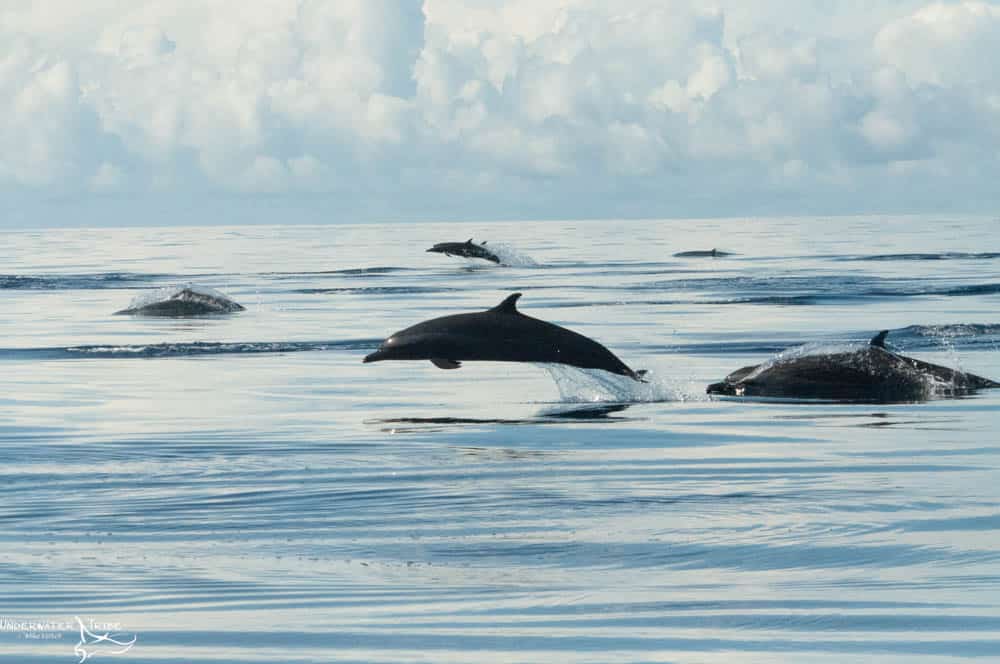 Larger toothed whales and baleen whales are more of a migratory species rather than residents. Sperm whales, Humpbacks, Bryde’s, and Pygmy Blues are all found at different times of year in Indonesian waters. We often see whales in the Raja Ampat area during the December to March season. In the Alor, Banda Sea, and Komodo area we see them more often during the July to October period. However, experts now believe that many of these whales are actually resident in Raja all year long.

Although not commercially fished, whales and dolphins are targeted by certain traditional hunting methods in a few eastern Indonesian villages. Dolphins are also accidentally captured as by-catch in large fishing operations and specifically targeted as bait for the shark finning industry.

Not to be outdone by their more well known cousins, the sea cow family is also present in Indonesia. The Indo Pacific dugong is a large herbivore that feeds on sea grass. Highly endangered throughout its range, these docile giants can be found in many areas of Indonesia including Nusa Tenggara, Bali, Raja Ampat, and Sulawesi. Relatively slow moving and gentle, they have been hunted by humans and are close to extinction in many of their territories. They have been a protected species in Indonesia since 2009.

Are you interested in spotting whales and dolphins? One of the best trips to find these amazing animals is during a Banda Sea trip. The open oceans here are home to many large pods of dolphins. We also spot baleen and sperm whales in the blue waters of this deep ocean. We will be heading there in October of 2022 if you are interested in joining us on a wonderful adventure.