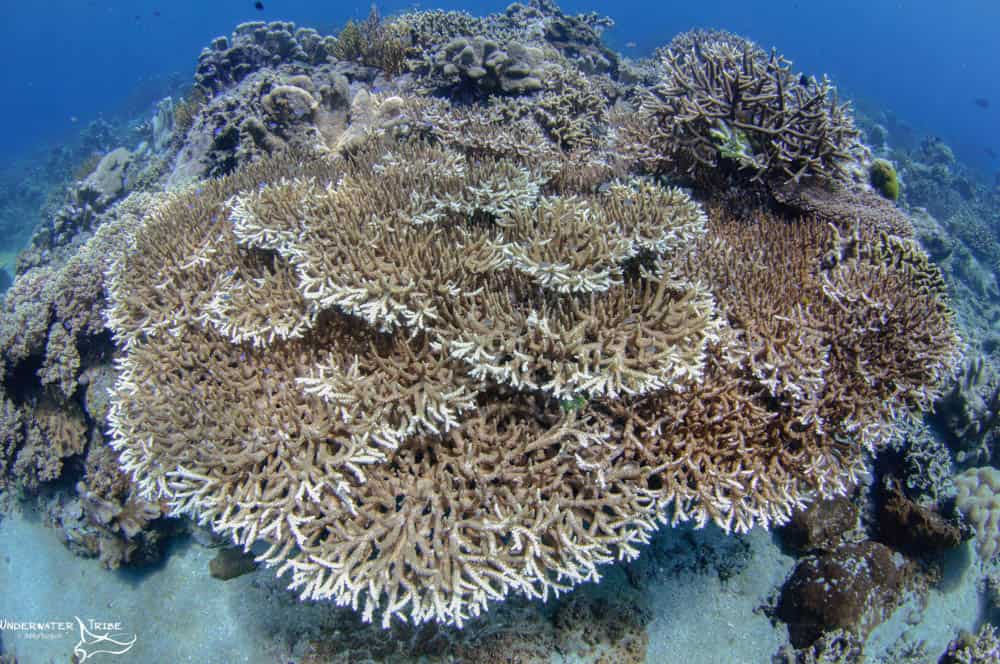 If there is one thing I can never stop taking photos of, it’s a healthy hard coral garden. Many people look at a coral garden and say “you have seen one, you have seen them all”. However, I believe they are one of the most fascinating environments on the planet. With hundreds of varieties of hard coral present, the hard coral reefs of Indonesia are among the richest on Earth.

Hard corals are the building blocks of the reef. They are actually microscopic animals rather than plants. They are members of the Cnidaria phylum so are closely related to anemones, soft coral, and jellyfish. The tiny animals are known as polyps and they mainly grow in large colonies. The classic “hard coral” shape is the calcium carbonate shell that the polyps secrete in order to protect their soft bodies. 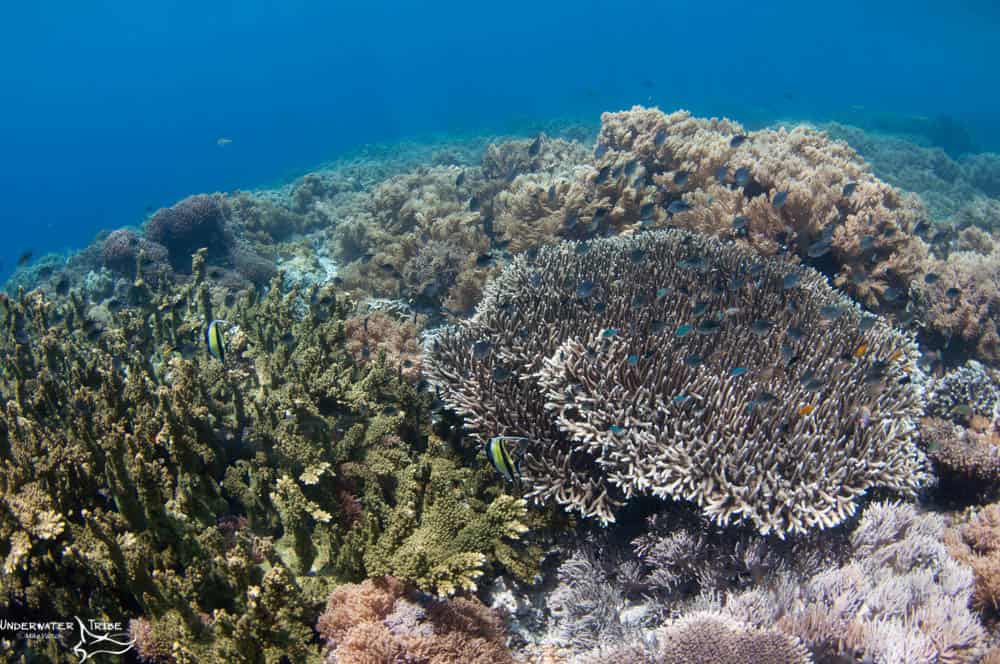 In order to grow, a solitary coral “buds” and creates more polyps asexually. Using this method, a single coral can grow around 10cm per year. However, this asexual reproduction only accounts for the growth of individual colonies. In order to maintain and increase the population of the species, hard corals also reproduce sexually. As many divers have seen on TV or in person, coral reefs often display a mass spawning event. This is when all of the corals on a reef release eggs and sperm at the same time. These gametes then mix in the water column and spread out on the current. Once these fertilized gametes settle, they will start a new colony or spread the existing colony further.

Hard corals gain nutrients via their symbiotic relationship with a tiny organism called zooxanthellae. The zooxanthellae live inside the coral and feed via photosynthesis, the resulting nutrients are in turn what feed the corals. This is why hard corals are only found in relatively shallow water. The algae needs enough sunlight in order to photosynthesize. The colour of the corals are mainly due to which zooxanthellae live with it. The symbiotic relationship between the algae and corals is paramount for the health of the reef. If corals are strained due to outside events such as too much pollution or water that is too warm, the coral will eject the zooxanthellae. This is known as coral bleaching, when corals turn white. If the algae is absent for long the corals will die as they no longer receive the nutrients needed to survive. 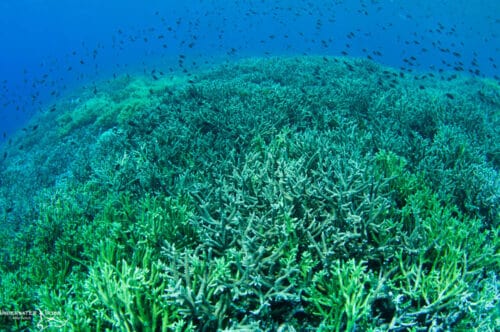 No Strobes Prior to WB

Photographing corals is a lot of fun. There are many ways to shoot hard corals, each very rewarding. The first way is to find a large hard coral and light it up with strobes. Although this will show the colors of the coral, it creates a few distractions in post. As strobes only light up the water column for 1 meter or so, it will only light up the closest coral head. This is great for soft corals or a single interesting looking hard coral but its not the best way to illuminate a reef.

No Strobes, After WB

The better way to shoot hard corals, especially a large coral garden, is to use natural light. The reason for this is White Balance, if we light up the closest coral with strobe and then try to WB the entire scene, the colors will look inconsistent. Instead, try turning off the strobes, situate yourself with the sun behind you, get above the reef and aim slightly down. Although the photo may not pop in the camera right away, a simple WB adjustment in post will make the details pop. Using a red filter or magic filter will also aid in getting rich colors in this situation as the filter blocks some of the blue and green light to create a cleaner image. One advantage of this style is the richer background blues it often creates. This method allows the colours of the reef all throughout the photo. 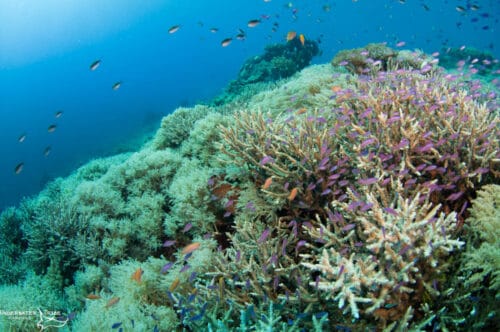 Strobe on foreground leads to poor quality colours in the background

Another way to take photos of hard corals is not to rely on wide angle. Instead use a macro lens to highlight the intricate designs of the corals. The artistic photographer can truly create outstanding abstract images by concentrating on this genre. There are also a myriad of tiny organisms that live inside hard corals such as gobies and crabs which make macro photography rewarding.

The key thing to keep in mind is that hard corals offer great photo opportunities. Don’t just swim on past these intricate and complex life forms! It doesn’t matter if you like wide angle or macro, there a plenty of subjects to shoot. The rich reefs of Indonesia are the perfect place to perfect your skills, why not join us in 2022 to take photos of our wonderful coral reefs?