Emperor Shrimp – A Touch of Light in a Dull World 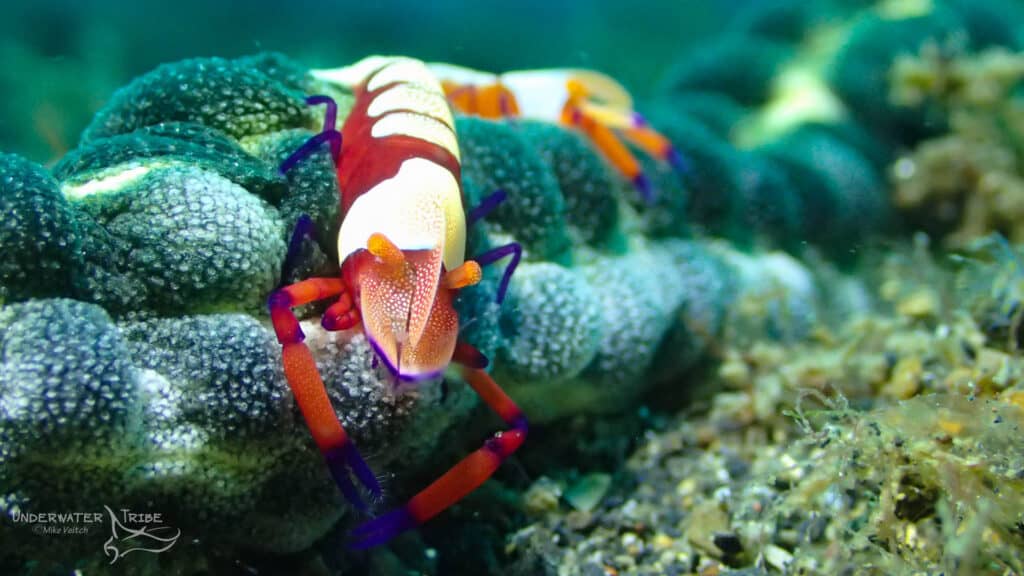 One animal that often gets mistaken for another is the synaptid sea cucumber. These elongated cucumbers are often mistaken for worms. They typically are found on sandy bottoms and boast a dull colour. However, if you look closely at these cucumbers you may spot a touch of brightness. The bright and colourful Emperor Shrimp is a commensal hitchhiker often found on the larger specimens. These crustaceans are full of character and deserve a few minutes of your time to observe their behaviour. They spend their time picking detritus off the surface of their host and feeding on it. I can’t think of an easier lifestyle to live!

This photo was taken in the Lembeh Strait in North Sulawesi. However, we see the emperor shrimp and sea cucumbers throughout Indonesia. The best habitat to find them in Bali is on sandy dive sites like Secret Bay or the Tulamben area. If you are joining us for a dive safari in Bali then please let your dive guide know of your interest in finding the emperor shrimp. Have you ever stumbled upon these beautiful shrimp? Let us know where you found them and what they were living on.