It’s holiday season once again for many of you. That often means breaking out the christmas tree from the attic and decorating it. Anyone with cats in the house knows what a futile endeavor the decorating may be however! Finding tinsel in every corner of the house for the following 6 months at least lets you know your cats favorite hiding spots! For the ocean lover however, decorative christmas trees are a little easier than tracking pine needles across the floor. Divers on the other hand can marvel at the colorful christmas tree worm instead! 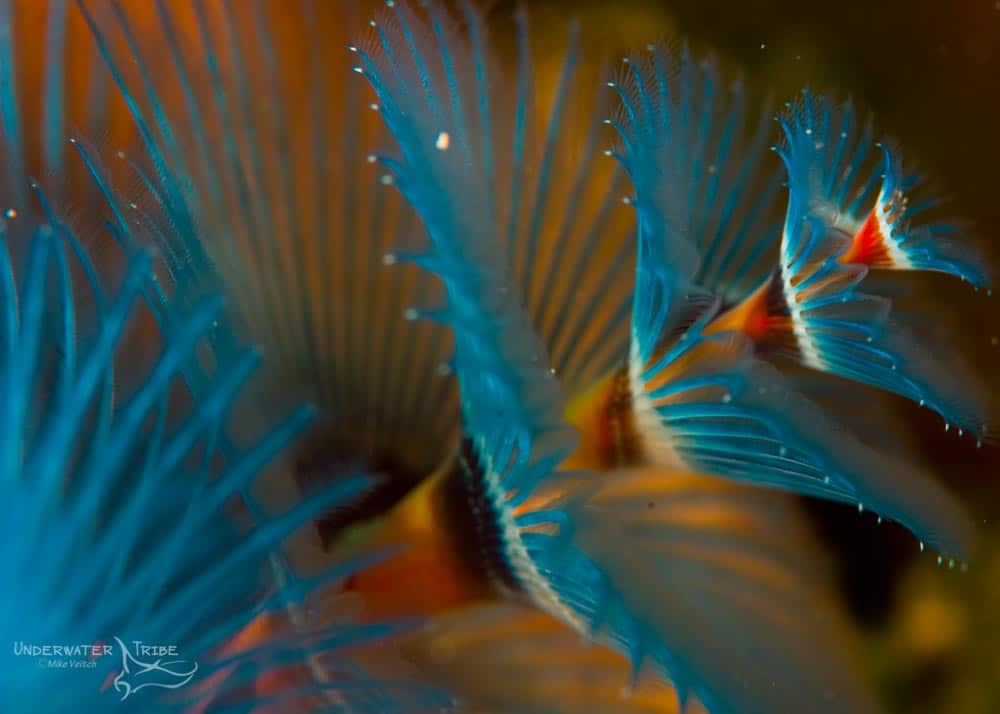 The christmas tree worm, Spirobranchus giganteus, is commonly found in tropical waters throughout the world. Although they may look like plants to the new diver, they are actually a living animal, a polychaete worm. Boasting a body of 3-4cm in length, they embed themselves into coral heads such as brain and stony corals. Once a worm has settled into the coral it won’t move again as long as the coral stays healthy. The worm burrows into the corals and secretes a calcium tube that becomes the protective home. It also has a “cap” that can close the top of the tube to protect it against predation.

The most obvious part of the worm are the plumes that stick out of their tubes. These multicolored protuberances act as filters for these filter feeding animals. The radials are actually part of the mouth itself and an important part of its feeding process. The many fine threads trap microscopic plankton that the worm feeds on. Once they trap food particles the worm can retract them and push the particles into its mouth. 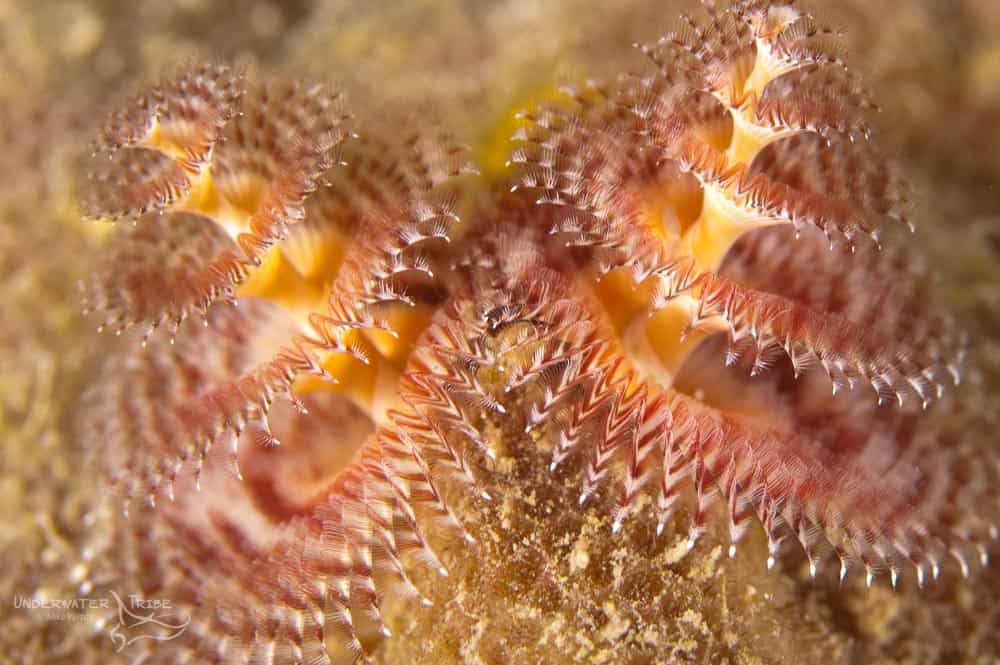 The christmas tree worm is a great subject for photographers. With a wide variety of colors, there are no two that look exactly alike. Pinks, reds, blues, and yellows are a few of the colors they appear in as well as many multi hued designs. Due to their size they are mainly a subject for macro photography. A longer lens is a good choice when photographing them as they tend to be quite elusive. The radials can retract into their tube at the slightest water movement or shadow. For those who do get close, the intricate threads offer a beautiful subject. The best way to photograph them is with a shallow depth of field in order to isolate them from the coral background.

Videographers can also film a cool sequence with these worms by using a faster frame per second. If your camera can shoot 100 FPS or more then setting it up on a tripod and capturing it withdraw into its tube can be a very cool scene. Slowing it down in the post processing can really show how quickly these worms can move. These are great short videos to share on your Instagram or Facebook page. 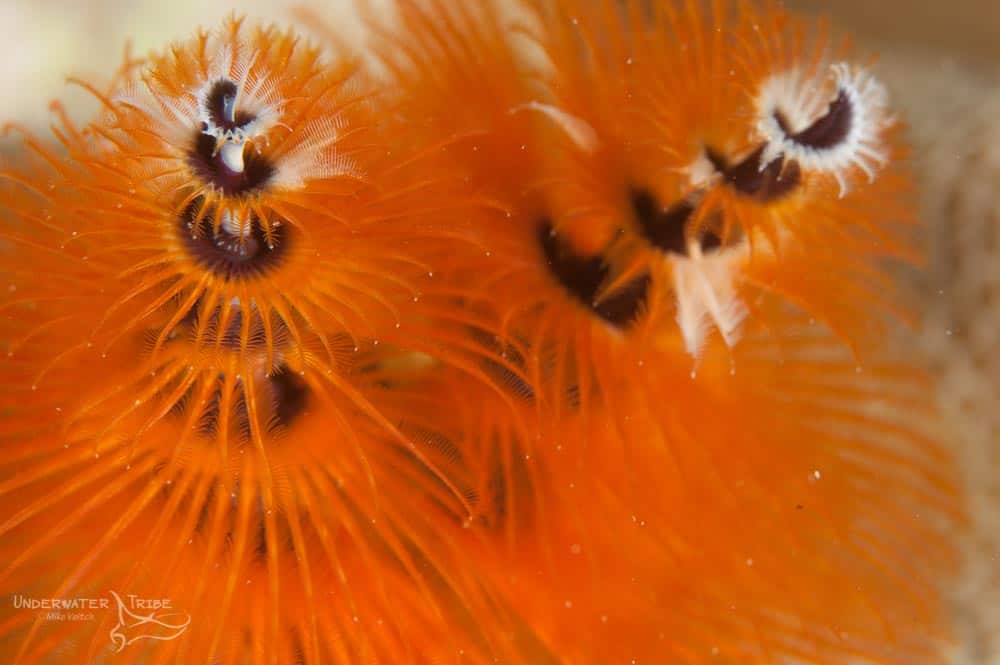 We are sure that every diver who has been diving in the tropics has encountered christmas tree worms before. Although many people simply swim past them, they are worth a closer look. For photographers, they offer a great subject to practice new and different techniques as they don’t really move! Of course they also offer a fantastic subject for holiday greeting cards in December! If you would like to see these guys up close and personal then please let us know, we hope to offer Bali diving trips once again in 2022. Have a great holiday season and a happy new year from the Underwater Tribe!