Break Away From Black in Underwater Macro Photography 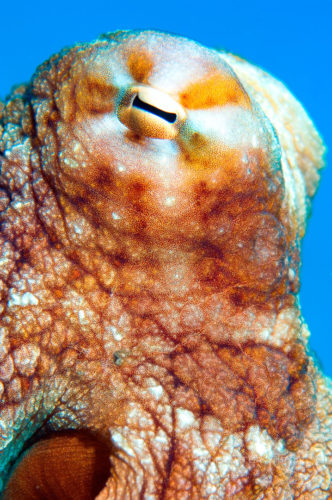 For many years the “black background” has dominated the macro underwater photography social media scene. However, photos with a bright subject composed on a stark black background are so common now they have become passe.  Open any underwater photography page on Facebook or Instagram and there is nothing but a sea of black.  Don’t get me wrong, there is nothing wrong with a well executed black background. This style of photograph truly allows the subject to stand out against a clean background. However, when 90% of macro photographs that you see on social media are composed against black it becomes tiring. What’s worse, are the photos with obviously painted black backgrounds, which show the subject in an unnatural looking state.  In fact, the obsessive quest for these backgrounds leads to unscrupulous photographers manipulating wildlife in order to get a clean background.

Try Blue Instead of Black 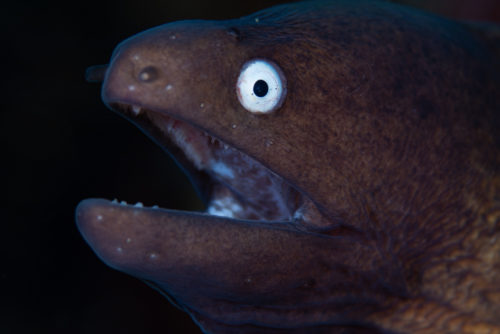 Instead of following the crowd, trying to shoot every photo with a black background, why not try shooting blue instead? As a matter of fact, the technical part of shooting these images is almost the same.  We have a short primer on “Shooting Blue Backgrounds” on our underwater tutorials section, take a look! The key thing to take away from that tutorial is twofold.  The most important tip is to shoot up and into the water column toward the surface. The second is to keep in mind the ambient light, try to shoot during the middle of the day to achieve the best blues. Of course, the blues can be tweaked in post but getting a great result in camera always builds confidence.

Use Your Depth of Field 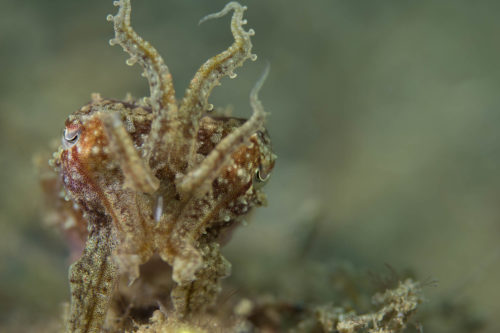 Composing a colourful subject against black is so popular as it allows the subject to truly stand out. However, there are many situations where this simply is not feasible. For example, a subject nestled inside coral or resting on white sand. Yes, a snoot can be used to isolate the subject from the background but why not use another tool? Manipulating the Depth of Field is a simple and very effective way of doing so.  Simply open the f-stop an wide setting such as f4 and turn down strobe power accordingly. (Or use TTL)  This will blur the background and focus the viewer on the subject itself. The best thing about this technique is that no expensive additionals are needed.

Another popular effect to try is creating colourful backgrounds using different coloured torches and reflective objects.  This technique does rely on bringing some extra tools on a dive. Reflective backgrounds can be achieved using simple tools such as old CDs or DVDs, large crystals, or other shiny objects.  To create the background, use an open f-stop and have a dive buddy hold the object behind the subject. Please do so in a safe manner not disturbing the creature or the reef.  Then shine a normal torch or one of the multi coloured torches available on the market today to reflect off the object. This will create out of focus crystalized lighting behind the subject on the photograph.  To truly achieve special shots, this style can be taken up a notch by using dedicated bokeh lenses with SLR or Mirrorless cameras. 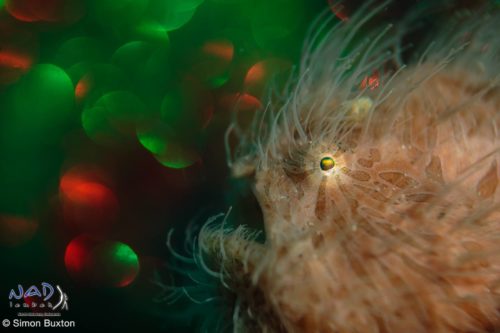 Break Away From Black

When all is said and done, the takeaway from this is not that black backgrounds are bad. Black backgrounds are certainly a very effective tool in underwater photography. However, it should not be the end goal of every macro enthusiast.  Don’t get so stuck on the idea of a black background that you ignore other compositional tools. Get out there on your next dive, think outside of the box, and try something new! Don’t be afraid to break away from black, remember, blue is the new black!